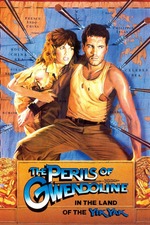 I don’t know how to rate this because on one hand you got this like Ken Russell meets Jodorowsky sex-bondage future world where men get sentenced to death by snu-snu after warrior women kill each other for the privilege. And it’s literally everything I want it to be, including a theatrical sex-stage, naked lady sex tubes, a sex chariot race and an ending that depends on a woman getting laid in order to save the universe or whatever. Pure camp perfection.

But on the other hand you have the first hour of this which mostly sucks. It sets up this fun kinda extremely euro-comic world but it wastes so much time with really poorly choreographed fights and insipid dialogue. Like Barbarella without the sex. Love the dude losing his ears but that’s few and far between until the end.

Honestly woulda been a four star film if they cut the fat and just got to the white-walled sex machine world sooner. Or if any of it was justified in the way Jodorowsky and Russell do — maestros of wild but thoughtful nudity.