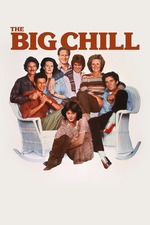 I’m not saying it needed more plot; I was in the mood for a dialogue-heavy movie. Problem is, a) the dialogue didn’t grip me, and b) it did nothing with the kick-off that united the characters. Those tenets are pretty much required for a plotless movie.

There was a considerable amount of establishing for the characters to spend such little time grieving. It almost became a joke, the characters self-acknowledging changing the subject whenever Alex’s name arose in conversation. Suddenly the movie ended and I still didn’t feel like I knew Alex. I feel like that was a missed opportunity but I suppose that’s not a big problem as long as it beings the other characters together. Unfortunately, there were way too many of them for me to care! Sarah and Michael were compelling but a few of the protagonists might as well have not even been there. They just took time away from everyone else and contributed some contrived horniness to the house, which, by the way, seems immensely horny for a group commemorating the death of their friend 😂