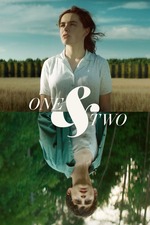 "I don't understand. There's a time when I thought they may be gifted. But now I'm scared."

Even though it clocks in at just 90 minutes, ONE & TWO would test the patience of a saint with a premise that is neither innovative nor interesting enough to justify its glacial pace.

Like an independent, mumblecore version of 'X-Men' (but with none of that franchise's social commentary or emotional depth), ONE & TWO tells the story of two teenagers, Zac (Chalamet) and Eva (Shipka), who live in seclusion with their parents and have the ability to teleport short distances. Their father (Bowler), a religious fanatic and harsh disciplinarian, believes the children are unnatural and blames them for their mother's (Reaser) debilitating illness, going so far as to punish them for their indiscretions with wicked cruelty. In the meantime, the two teenagers feel a desire to escape but are terrified of what might await them in the outside world.

There's a nice idea in here somewhere but it is written and directed with an aloofness that simply serves to create a disconnect between the audience and the drama, which is further exacerbated by the stilted screenplay. The narrative moves in fits and starts, with little in the way of action or drama to punctuate those torturously long sequences in which nothing seems to happen. Even with such a short runtime, the film exhausts itself of things to say very early on and the few questions it does pose are tedious and simplistic.

This superficiality and inertia derails the film in the first act and it never really recovers. It is understated to the point of indifference, leaving the two leads, Shipka and Chalamet, with scant opportunity to showcase their considerable talents as they muddle their way through the laborious dialogue. Everyone involved is encumbered by the fact that the emotional beats are broadly nonexistent and the drama is strained and unengaging, which is a particular shame because despite the fact the actors have very little to work with the performances are still decent.

Or, to put it all much more succinctly, though it might be pretty to look at and reasonably well-acted, ONE & TWO is also just really, really fucking boring...