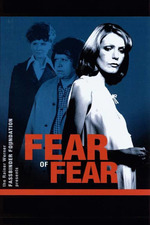 Saw this a long time ago and found it a little too mean-spirited, even by RWF’s standards. Glad I revisited though, as those feelings weren’t as resonant this time around. Margit Carstensen’s Margot has a bit more of a defiant posture than I remembered, though still trapped between playing the role of an efficacious spouse and maintaining her agency.

Has anyone donned a pair of gloriously bulbous 70’s headphones so gracefully?

Anecdotally, in terms of scale, it’s often been difficult for me to differentiate many of Fassbinder’s TV productions from his theatrical films. However, this one felt much more economical this time around. Anyways, that’s a compliment - the man knew how to stretch a budget and a location.

As is often the case with a Fassbinder film, some excellent use of Leonard Cohen here.