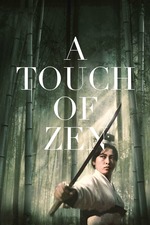 the story begins with a spider-web.

there is a man, with weak smiles and expert painting hands. there is a doctor who only arrived in town last month and holds mysteries in his eyes. there is an agent who hides behind laundry-lines and mercilessly hunts for his prey. there is an old fort with ghosts lurking in the rafters. and there is a woman armed with nothing but determination and steel, running for her life.

the story will not end with defeat.

the army is marching across rivers and plains and rocks. they claim they stand for the laws of the land and they hide behind the rules so they can commit injustices. earthly matters of greed and power are all that matter. she will not give herself up to them. she burns for her father and she burns for her prior life that was yanked from her. they will have their revenge and their safety one way or the other.

this story is not about love.

he asks her to marry him and she smiles slightly and tells him no. they spend one night together and that will be the memory he holds for the rest of his life. he will give everything to her- he will abandon his kindness for brutal strategy and laugh at the carnage he created until he realizes the sheer number of bodies and the river of blood. he will look for her but she will always remain just slightly out of his grasp.

this story finishes to the sound of birds cries.

there is a monk and he warns that there is far more beyond this earth than we can comprehend. there is an evil man who does not listen and who pays the price. there is pain and there is suffering and there is no resolution. she was dragged into a situation where she cannot win but can simply try to survive. the peace she seeks will not come from victory. it will only come from the halo adorning their face.

(it does not end. it lingers.)