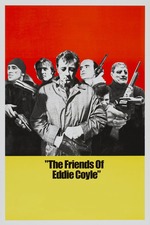 I’ve seen this multiple times and genuinely really like it; so much so it would be a five star movie if it wasn’t for:

-Eddie dropping a very vulgar n-bomb
-I get it was the early seventies, but the music is a too much at times and overrides the dialogue, which is basically all this film is
-Speaking of dialogue, there are repeated lines that Yates— or whoever —just decided to keep in the movie

Other than that it’s really an incredible film in which we see a lot of big named hollyweirds get their start. It’s also one of the more well done films in its genre and very original compared to many of it’s counterparts.