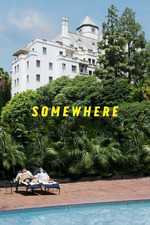 Stephen Dorff plays a watered down version of himself and it works. I like basically everything about this movie but what works the best is the deliberate delivery of the story and how it just washes over you until you’re fully immersed. I will say, though, that the subtlety of this movie probably isn’t for everyone.

Also, I’m a big fan of the heavy Phoenix soundtrack which I’m guessing she has an in with the lead singer or something to be able to get that much from them.