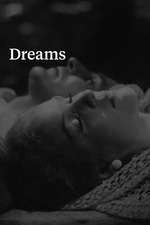 The amusement park scenes were incredible and a situation where Bergman’s risks paid off in a bigly way. Also, Harriet Andersson in the scenes in Otto’s apartment really shows off her skill and Ingmar’s ability to showcase it.  The music — aside from that scene where Doris plays the record — is fairly understated from his earlier films and it seems Ingy Pop (ready Iggy Pop) is finding a sort of groove on that front. It could be argued that in Sawdust and Tinsel (1953) he already went full-on Z’Ingy Sawdust (read Ziggy Stardust) but I’d say that’s a bit of a reach. Can we all just thank our lucky “star’s dust” that we moved on from the audio quality of Crisis (1946)?

Side notes: good to see Monika Sr. got her shit together a little bit...
Being that it received such mixed reviews, this has got to be one of Bergman’s more underrated films.