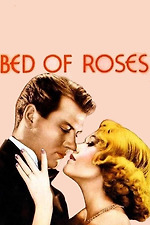 i'm probably wildly overrating this, but there were moments where i genuinely thought this was one of the only great movies ever made. the flowing narrative, plays with light, sex teeming out of every corner, young joel mccrea, stevie showing up with a rectangular cloth over his face? holy shit!

the long takes frame the spaces as light and shadow plays, oftentimes crossfading from the conspicuously flat lighting of lorry's pad to the dangerous chiaroscuro of the cotton barge. it is after all a movie of spaces—a prison cell to a steamboat to a cotton barge to a private office to a.....—and bennett leaping between each one. when she actually makes the jump off the boat in that early scene, it feels like the movie plunges somewhere cavernous, where people will twist and plot and the light streaming in a window can mean the world

but against bennett's incessantly mercurial nature is contrasted the endless series of servants—many black—that she steps over. not that it's ever preachy, but all of her change is facilitated by the labor of others—and it doesn't mean to condemn that lifestyle, just note it, i think. see, for example, the brief beautiful tableau of the black ship workers singing (beat john ford to the punch), lit by a lantern overhead, which fades to mccrea ordering his black chef around, and then some silent intercutting between him and bennett. i don't really know what's going on with all this, but too hard to describe with words!

i will doubtless wake up tomorrow and slowly forget i ever saw this movie, but for now i think it's really great and beautiful and mysterious!