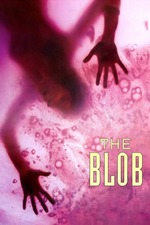 So I had the honor of attending the first annual All-Nighter marathon of underground movies hosted at the Smithtown Library on Long Island. I was very happy to say I had never seen any of the films on this lineup and I looked forward to subjecting myself to some utterly classic underground films as well as some putridly gratifying b-horror goodness.

Unfortunately, since I’m pushing 26 years of age, I became a very tired and sleepy bitch halfway through and had to opt out after movie number three out of six. I’ll still give these films their proper coverage as I did substantially enjoy my experience with them. Just like the usual format of these marathons, I’ll be providing very brief thoughts and a rating for each of the films on this list. The films are as follows,

The Blob (1988)
Directed by Chuck Russell

Strap in ladies and gentlemen. It’s a shame that my Red Bull’s couldn’t save me, but at least I’ve got some thoughts on these gems that I’d love to share with all of you.

Fascinating! A wacky and adventurous horror experience that adheres to all the classic conventions of monster movies. The amount of cheesiness in this film is what you’d expect from a late 80’s b-horror vehicle. The practical effects are exquisitely amazing and very reminiscent of the level of quality found in “The Thing”. The destructive nature of the setting is visually impressive and cataclysmically awesome. This film is a tad on the slow side, plus certain characters and beats of the story are not particularly interesting compared to the scope of the overall story, but the entertainment value and horror come through in waves in fantastically effective ways. This film is definitely a guilty pleasure and a satisfactory experience that cements itself as a superb horror remake.