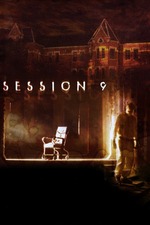 Underwhelming! A static mystery that fails to really do anything interesting. Conceptually, there is a groundwork for a substantially effective horror film. The execution takes a massive nosedive however. The acting, cinematography, musical composition, film editing, and sense of tension are all incredibly stale. The overall presentation from a filmmaking perspective is a massive eyesore as it visually appears more like a TV movie rather than a cinematic feature. The sound design manages to excel in surprisingly daunting ways. The usage of the film’s setting is also perfectly utilized to the fullest extent. In the end, this piece is a derivative tale that doesn’t fully measure up to the sheer possibilities of what horror has to offer within the confines of abandoned mental hospitals.