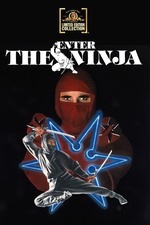 Uproarious! A ridiculous experience that can only exist amongst movie marathons and ironic viewings. The fight choreography is immensely entertaining to watch. The dialogue is riotously outrageous. Franco Nero has the charisma of a tree trunk. Not much happens in the realm of terribly hideous filmmaking. The film itself is actually rather competently produced. Because of this, it’s too easy for films like “Samurai Cop” or “Miami Connection” to surpass this film in terms of ironically hilarious quality. All in all, this film will deliver a certain level of enjoyment, but not enough to justify sitting through the whole thing. You’ll definitely be able to make it through easily if you have the right amount of friends and booze. I can easily say though, see it for one of the greatest death scenes in cinematic history.