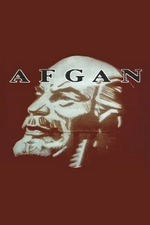 "No words about fulfilling the international duty, but fulfilling a human or soldiers duty, will replace the lost son in a mother's heart"

Short film which views like a soviet propaganda piece at times, at other times just showing soldiers who want nothing more than to finish the war and go home. I’m sure I’m missing a lot of the historical context after only a quick glance at Wikipedia before; not that this film says much more about the war than the soviets’ experience of it. It could have been a bit longer in that respect.

On the plus side, some great beau travail / top gun homoerotic energy in this, soviets in tight Breton shirts with short moustaches. Not to mention that scene about 24 mins in where they’re rolling along in the tank with the aviators as “who will save the world” plays, which can only be seen as poking fun at Top Gun and American exceptionalism. (scene here: www.youtube.com/watch?v=9aPM4XZUbO4)