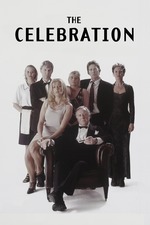 i love this movie for its writing, both its literal dialogue and structure as well as its imagery to heighten tension. the exposition is structured so nicely, used as an escalation technique to keep the film pushing its way to the climax as the audience learns the family backstory over the course of the film, rather than just during the first act.

the use of prop. absolutely love the set-up of the suicide note to be used during the climax as the nail in the patriarch’s coffin. it’s horribly sad having to hear helene read it aloud, but it is christian’s evidence.

speaking of the suicide, the montage after helene first finishes reading it is incredible. it’s the first tool used to let the audience know that the film is about to get...fucked up. helene finishes the note and glances up at lars, screaming, “BOO”. we jump to pia, eyes open underwater, bursting upwards, splashing water, just as michael slips in the shower and screams.  the montage almost reads as horror. it’s so effective in communicating that this won’t just be a happy, family celebration.

and the family. the women are kind of paid dust in this film as it places its importance on the three men: christian, michael, and helge. each of their objectives are so clear through the film. christian, to be heard, michael, to fit in, and helge, to be respected, beautiful objectives that aid themselves to conflict. i love the attention to the nuances of family, specifically siblings. after christian is kicked out of the party and led to the woods, one of the waiters goes to hit christian but michael says, “no, that’s my brother” but it is perfectly okay for michael to hit christian himself. michael’s protection of his brother is so important to the film. michael seeks to protect both his father and christian, though their views on the tale directly contradict one another, because they are family.

pls this film is also so darkly comedic thanks to the dialogue and editing,  it’s continuously juxtaposing horrific familial incest with ironic cuts, such as the grandma singing at the dinner table just after christian has entered talking about helge’s d*ck.