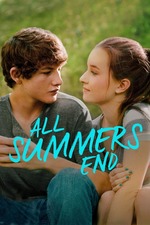 Bold choice casting a literal robot as your film’s lead

Why is Austin Abrams voice deeper in this than it is now?

Speaking of the narrator, what happened to him in the middle of the movie? He probably fell asleep with the viewers 😴

What was this movie even trying to say besides teenage fuckbois ruin everything?

*brings girlfriend to abandoned room with 10 mattresses*
Grace: what is this place?
Conrad: this is where I go to get bedbugs
Grace: 😅 thought you were gonna murder me
Conrad: no just your bro
Grace: oh ok... wait what

The end credits used the same song as All The Bright Places did and that makes so much sense. You know the ironically upbeat one about being “too young to burn” which perfectly captures everything wrong with modern day teen melodrama

At least this movie ended with characters acting as they probably would. I was so worried he’d end up happy