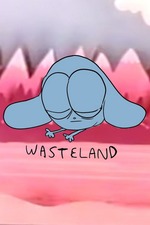 "It all feels exactly the same as back home. I can barely tell the difference. If I had known it was going to be like this, I wouldn't have even tried."

actually don't know how to rate this at all but it's definitely somewhere between an 8 and a 10 and i'm really not sure where it lands as a whole. Jonni Phillips has a veritable gift of using disarming visuals and naturalistic, deadpan dialogue to demystify a whole sphere of social and interpersonal relations. i've seen really great works that explore these things, and crappy knockoffs. this is, in effect, the real deal pretending to be the crappy knockoff

it's not a horror film by any stretch of the imagination—although it does have its moments when the characters sink into their own paranoias—but so much of it is perfect at inducing something i look for from the best horror films, which is a sense of dread. in almost every moment you know something is going to go awfully wrong (particular shout-out to the Scrumbos scenes) and that sense is beautifully frustrated when what does happen doesn't actually change anything for better or for worse

the narrative and emotional arcs unfold gracefully. i'm p sure the causal chains are quite tight, but they're presented in such a way that the sequences of events feel loose and inexplicable. not a single character that i can recall ends up being flat (well except for the animation material they're made of LOL). even when they have limited time on screen that time is used so carefully as to gesture toward a whole inner world. everything might be exaggerated but this exaggeration allows it a realism that wouldn't be possible otherwise

the animation itself is astounding, because it looks so simple at first but when you ask yourself how it was made you just end up wondering more: how the hell was it actually made? there's a roughly consistent basic style here that lends itself to heavy experimentation, blending cutout animation, traditional 2D animation, stop-motion claymation, CGI components, etc., mostly with a charming but jarring hand-drawn look. this has the effect, as Jonni herself noted in her self-review, of simultaneously drawing the viewer in and distancing them from the action. the style works so well in part because it lends itself equally to cuteness and grotesquerie; a character who looks positively adorable in one shot might look crusty and sweaty and wrinkled in the next, and often both will be the case in a single shot. the expressive range lends itself to the exaggeration i mentioned earlier; an obsessive, abusive boss might not literally have his mouth grow ten times in size while screaming at his employees, but it sure does feel that way

speaking of which, as i mentioned earlier, the naturalism of the dialogue and deadpan delivery work beautifully here. very often, there's almost no affectation; the lines aren't written or spoken in a dramatic fashion at all. which means that Phillips is able to coax incredible emotion from the performances in a way that otherwise seems impossible

all of it builds well. i think, for instance, anyone could see the big plot twist of the final segment, "The Final Exit of the Disciples of Ascensia", coming, but it's a clever fakeout that makes the actual twist, a more emotional and thematic twist, catch you off guard and hit far deeper. continuing what i previously said, this film strips down all the romance and idealism of its subject matter and asks us to look at it bare and unkempt. like a Cassavetes film for a younger generation, the lives of the characters feel at once endlessly #relatable and stunningly alien. you get the sense that nothing is here merely for your self-reflection, but that all of these characters and things are there for themselves, and what is done for your self-reflection is giving you a peek at their lives, so you can see both the many ways they are like you and the many, many ways they're fundamentally different. and in the end, you can't really appreciate the reflection you might see of yourself in it without first appreciating the aspects that glare at you like the eyes of a total stranger.

(the hot dog removal reminds me of the goy's teeth from A Serious Man, which owns, and the revelation close to the end of the Mothers' actual species name is one of the most well-timed bits of comic relief i've ever seen. it didn't hit me fully until half an hour after i finished the movie, at which point i started giggling uncontrollably)