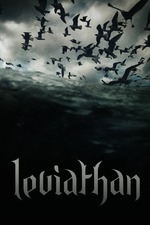 Not as brilliantly composed as the first half of Sweetgrass, but it doesn't much matter—the images picked up on the fly are among the most astonishing ever captured. Still, I do think claims have been a bit overstated, in that this is really just a much artier (which is to say, more abstract) version of unmediated nature docs like Microcosmos and Winged Migration, with some human labor thrown in to excite the left. Personally, I find that allowing people beyond the periphery of the frame—I'm okay with the bravura opening sequence and its briefly glimpsed arms and shoulders—breaks the spell, if only because we're so hard-wired to study the faces of our own species in search of behavioral clues; presumably the fisherman nodding off in front of the TV is meant to be no more individualized than the fish or the gulls, but in practice you construct a mental narrative for him anyway. (That's why Jeanne Dielman works.) Thankfully, Homo isn't as significant a problem here—nobody makes a whiny phone call home or anything—and in the end the film returns to its stark, vaguely nightmarish roots, reveling in extremes of motion and contrast that had previously been the sole province of hand-drawn animation. A forbidding jawdropper.