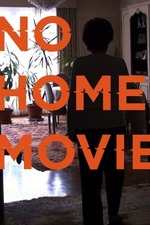 What tragedies have our mothers endured. It seems clear to me that the world's improvements are minimal, that what "progress" we make in how oppressed people are treated by our oppressors is a minor fraction of what we deserve, of actual equity, equality, community. Still, there has been some progress, some minor gains in certain parts of the world, tiny improvements. It's better now, and it was worse in our mothers' time. In our grandmothers' time. In our great-grandmothers' time. Seen as a whole, it was worse (in specific, it is hard to imagine a worse time or world than the one Chantal Akerman's mother experienced). Even our mothers who never saw the inside of a concentration camp, though, had it worse than we have it now. Many of them, most of them, all of them forged--in fits and pieces, in glacial struggle, in flawed approaches, in divided cacophony, in forgotten moments, in bitter tears--a world where we are slightly better off than they were. Even our mothers who were hateful, cruel, oppressive themselves, they lived in a world that was slightly worse; they were part of a complex web of womanhood that, in its totality, is responsible for some minimal gains in the agonizingly slow deconstruction of the patriarchy. They suffered.

(Let me be clear: I am not suggesting anyone respect or love or give credit to anyone who hurt them. I am simply saying that they were part of a past that was slightly worse, and that the present is slightly better. You yes you don't owe your mother anything. Let me also be clear: trans women can and are and have been and will be mothers. We are part of this.)

There are stories my mother has told me that she told with humor or grace or nonchalance, and these stories left me shocked, sad, angry that a world would make her see such stories with humor or nonchalance. These are her stories, so I won't share them here in any detail, but suffice to say, she painted a world of patriarchal power that was what it was, that simply was to be accepted as how it was then. She has told me stories, too, told them with rage and frustration, of working in a male-dominated world, in an industry where conservative "values" have caused her deep pain, physical, emotional, mental pain. I don't know if she ever called herself a feminist, but like Willow says of Akerman, it carries great weight in her words, work, life, love. The injustices she has endured--and which she endured in no small part to support me and my siblings and now my nephews and nieces--have informed my worldview as much as anything she has explicitly taught me. (And she has taught me more than she knows. She's far from perfect, as are we all, but she is the person who taught me what it is to love another person without judgment. She's the person who taught me to seek new things, to move outside my comfort zone. She's the person who taught me the power in standing up for myself. She's the person who taught me to give until it hurts.)

I owe her everything, and I regret that I still cannot find a way to return all that she has sacrificed for me. This is one of the ways in which I am deeply privileged. So many of my friends have stories like my mother's, not like mine. So many have even worse stories, stories where their mothers were the source of their anguish. So many of my friends don't have mothers at all, not since birth maybe, or since they came out, or since moments that are their story to tell. How, then, to extend the privilege my mother has extended to me through her sacrifices and hard work to those who don't have it? (Would that repay my debt?) I owe her everything, and yet, I see her two or three times a year. I live 400 miles away, and we talk only occasionally. When we do talk, I don't feel a divide (does she?), and we end up talking for hours. When we do talk, she tells me how the family is doing (these stories aren't always fun) or how she's doing (also not always fun). When we do talk, we talk politics and life and everything else. When we do talk, I still rarely talk about myself. I feel awkward trying to do so, as if my stories are alien, or unimportant, or simply an exposure I can't risk, because so long in the closet has left me guarded, terrified, uncommunicative, unable to say how I really feel or what I really think or who I really am. I came out; I'm out. I've always been more open with my mother than most, and still, there are barriers of my own construction, or of construction not her own, that I fight against.

And yet, she means the world to me. I rarely get to see her, but she is part of my life so significantly that it never feels like we're very far from each other (not to me). She's always with me in a way that so few are. Seeing, then, Chantal Akerman's relationship with her own mother play out as it does, with her often having to leave for some distant locale, with her living so far away, with her receiving criticism for not telling her mother about her life, with her having an obviously profound connection to her mother, see this film that lays bare powerful, complicated love, that finely draws the barriers between them and laments them, seeing this left me shaken. Knowing what comes after the cameras are off, what happened to both women in the aftermath (death by illness, death possibly by suicide), the film has an aura of missed opportunity to it, a yearning, a desperation, as if she knows what's next (it's not a stretch of the imagination), as if she sees this as her last chance.

Much of the focus I've seen on this film revolves around the concentration camps that Akerman's mother survived (and I believe her grandparents did not), but it feels somehow deeper even than that considerable chasm. It feels like the connection between Akerman and her mother is so much more than this uncomfortable trauma, this historical torment that Akerman asserts defines her mother. It is a stand in for so much more, for all of the conversations we fail to have with our mothers, for all of the wisdom we cannot access, for all of their pain that we cannot repay them for, for all that they suffered as the world desperately tried to destroy them. This very specific instance of patriarchy and white supremacy and anti-Semitism is akin to the cultural bigotries and historical atrocities that have affected our mothers, and their mothers, and their mothers, ad infinitum, and how that constructs barriers between us. This is (I will never shut up about this) another, deeply personal, incredibly difficult moment of erasure. (These same barriers surely exist for those who suffered the legacy of other, equal atrocities.)

I remember overhearing my mother asserting to my father why she would never cut off one of her children. She spoke of a friend whose parents had done so to her, and how she had suffered. This is another story that is not mine to tell, but overhearing this is one of those moments from my childhood I have carried with me in a very present way. It's a safety net, a guardian, an assurance. I owe my mother everything, and I owe her friend as much, I think, because her friend was able to speak about her own trauma. In sharing, she created this moment. In breaking down a barrier that was no doubt painful to break down, she instilled, strengthened my mother's dedication to her own children. This is why these erasures matter; they prevent us from salvaging our futures (doomed to repeat).

Akerman's film is a raw look at these conversations, these moments of connection and their limitations. She acknowledges her own history, her own culpability, her own needs, her own frailty. She hides herself as much as reveals herself; she carefully details her mother's small apartment to define her mother in ways we can never fully understand. She struggles with her own words, and there is a poignant hesitance in some of the shots, where she only shows her mother in part, where we only get part of the picture. Her mother is centered but still incomplete. It's often taken as a truism that you can never really know another person, and I find in this film the suggestion that that is only true because we've made it so. In a better world, in that dream of a world we see within the small moments of affection and love in this and other stories, in our own lives, in that world where no one is bound to their past traumas, maybe we can truly know each other.