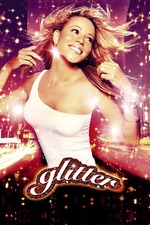 This is not a bad movie.

It's not a great movie, either. It's cliched. It's corny. It's not well acted, and the writing could use a lot of work. But that's true of about 90% of movies, including many critical darlings and hugely popular films. There's not a single MCU film that isn't cliched, corny, badly acted, and badly written, yet they regularly rate highly with film snobs and the population at large. In 2002, the Oscars rewarded A Beautiful Mind as Best Picture: an ableist depiction of white man's struggle with mental illness and being exploited by the state. It's corny, cliched, badly acted, and badly written. It stars a white man and panders to the Academy.

This isn't a great movie, but it's a lot fucking better than A Beautiful Mind.

Glitter is a star-vehicle for Mariah Carey, one of the most popular entertainers of all time. A woman of color who had massive hits under her belt at the time this was released, who was unarguably a major talent in the music industry. Before the release of this film, she had a breakdown. Whatever the full story was (I don't know or care), it's not hard to figure out that the stress of being hugely exploitable/profitable for the record execs and lawyers while being a woman of color in a racist, misogynist society factored into it. It's impossible to divorce the critical response to this film from the context of this breakdown, the expectations for a star as big as Mariah Carey, and the ableism, racism, and misogyny of the press and critics.

It's interesting to note that they did include some nods toward how she/her character was exploited as a sex object. It's clumsily handled and never quite condemned the way it should be, but the film does depict the music industry as predatory. There's a powerful story there, a conflict that is set up and never resolved. You can see the great film lurking under the surface, bogged down by corporate interference and bad decisions.

This is not a bad movie. I've seen bad movies. Holy fuck, have I seen bad movies. Movies that deserve the reputation this has. Movies that are acclaimed for all the wrong reasons, or movies rightfully ignored by society. This is a mediocre movie with a great soundtrack that got lambasted by a predatory industry ready to attack a woman of color at a vulnerable moment.

Anyway, unrelated, but "Always Be My Baby" is a contender for the greatest song of all time.