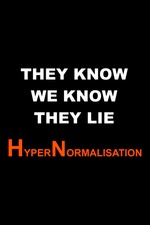 This one's a bit frustrating. It tells an engaging story that draws interesting historical connections and makes me wanna read up on late-Cold War Middle Eastern politics but it also holds up quite poorly to scrutiny. He oversimplifies far too much for my tastes, even within the context of pop sociology/history. I often found myself silently interjecting that a claim was unfounded or unnuanced, especially when it came to his statements about the left. There are so many reasons the western left today doesn't hold ths political might it once does and the claim that it's because we don't know what a post-revolution future would look like is frankly hilarious. Does this man know about COINTELPRO? And finally, the whole project reaks of postmodern political impotence. It engages with culture and politics from the standpoint of celebrities, technocrats, and politicians but without the material conditions that actually move history forward. It is thusly static, hopeless, nihilistic. I've seen people say it's ironic that something so critical of deceptive media institutions would be made for the BBC. I'd have to disagree there; no one loves institutional critique more than institutions, especially one as non-threatening to the status quo as this.