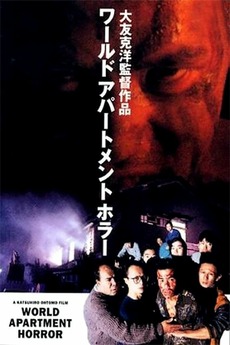 A Yakuza underling is given the assignment to rid an apartment of its tenants within a week. He tries a variety of desperate tactics to no avail. Soon his problems get worse as an evil spirit makes its presence known.

Films from Japan with a strange plot, execution, or tone.

Mostly for personal management but hope to serve as recommendation.

Art Subs Team is one of the best brazilian subtitling…