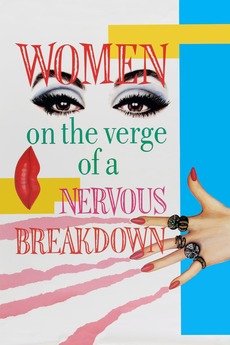 Women on the Verge of a Nervous Breakdown

A comedy about someone you know

Pepa resolves to kill herself with a batch of sleeping-pill-laced gazpacho after her lover leaves her. Fortunately, she is interrupted by a deliciously chaotic series of events.