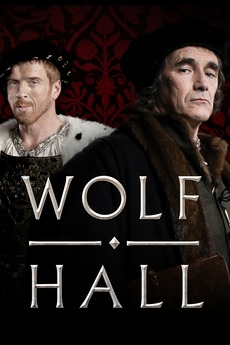 Following the fact-based historical book of the same name, this drama follows the rise of Cromwell as he becomes Henry the VIII's closest advisor.

England in the 1520s is a heartbeat from disaster. If the King dies without a male heir, the country could be destroyed by civil war. Henry VIII wants to annul his marriage of twenty years and marry Anne Boleyn. The Pope and most of Europe oppose him. Into this impasse steps Thomas Cromwell: a wholly original man, a charmer, and a bully, both idealist and opportunist, astute in reading people, and implacable in his ambition. But Henry is volatile: one day tender, one day murderous. Cromwell helps him break the opposition, but what will be the price of his triumph?

TV Mini-series, web series, OVA with 2 or more episodes, and long form documentaries. I excluded "O.J. Made in America"…

Or as I like to call them “Auteur Tv Shows”.  Since it’s somewhat hard to place limted-tv-series on Letterboxd, this…

The 50 highest-rated limited and miniseries of the 2010s, according to the Letterboxd community (as at 1 January 2020).

WHICH "BEST OF" MOVIE WILL YOU BE WATCHING TONIGHT?

This list contains all of the movies from various "Best of"…