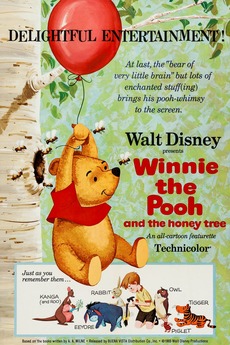 Winnie the Pooh and the Honey Tree
JustWatch

Winnie the Pooh and the Honey Tree

Christopher Robin's bear attempts to raid a beehive in a tall tree.

at some point, one day, I’m planning on (re)watching all these childhood classics and doing a detailed, rigorous Comprehensive Personal…