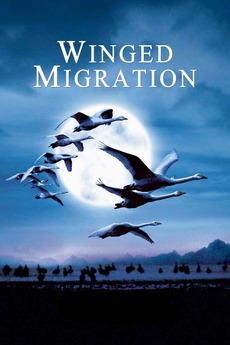 The amazing odysseys of traveling birds

The cameras of Jacques Perrin fly with migratory birds: geese, storks, cranes. The film begins with spring in North America and the migration to the Arctic; the flight is a community event for each species. Once in the Arctic, it's family time: courtship, nests, eggs, fledglings, and first flight. Chicks must soon fly south. Bad weather, hunters, and pollution take their toll. Then, the cameras go

Here's every film leaving the Criterion Channel on June 30. View the list on the Channel here.

All The Films Leaving the Criterion Channel on June 30, 2021

Watchlist: Films Leaving the Criterion Channel at the End of the Month