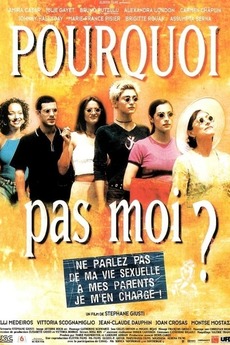 Why Not Me?
JustWatch

Four gay French expatriots share a business in Barcelona. When they and their parents are thrown together for a "coming out" party, another French Farce ensues.

current as of 2019 films. some 2020 films included. i made a conscious effort to avoid…

250+ wlw movies gay cousin to this list: boxd.it/2MZLs and this one: war gays boxd.it/2ZEOc

Gay, gay, homogay... but also quality (it's a rare thing)

There's a lot of bad queer cinema out there. There're a lot of directors who think lots of guys with…

in a world where the search for wlw movies is like searching for the holy grail, here’s the ones i…