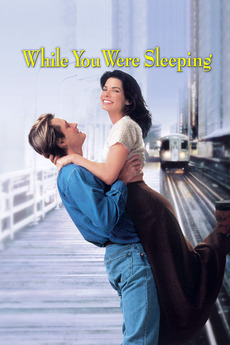 While You Were Sleeping
JustWatch

While You Were Sleeping

A story about love at second sight.

A transit worker pulls commuter Peter off railway tracks after he's mugged, but—while he's in a coma—his family mistakenly thinks she's Peter's fiancée, and she doesn't correct them. Things get more complicated when she falls for his brother, who's not quite sure that she's who she claims to be.

Based on a suggestion by MasterLundegaard, I thought it'd be fun to have a community vote to find the best…

Every film that has ever been on the IMDb Top 250

You'll be surprised by some of these. Going by…