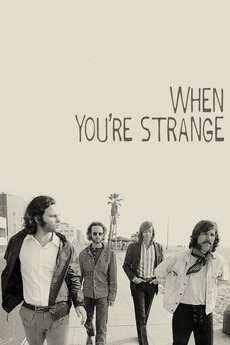 A film about The Doors

The creative chemistry of four brilliant artists —drummer John Densmore, guitarist Robby Kreiger, keyboardist Ray Manzarek and singer Jim Morrison— made The Doors one of America's most iconic and influential rock bands. Using footage shot between their formation in 1965 and Morrison's death in 1971, it follows the band from the corridors of UCLA's film school, where Manzarek and Morrison met, to the stages of sold-out arenas.

The Doors: When You're Strange