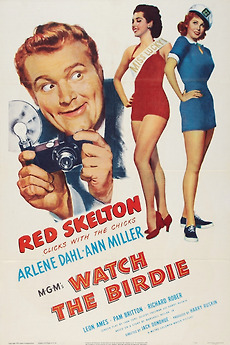 Clicks with the Chicks

A photographer falls for a rich girl and gets mixed up with crooks.

Every film mentioned on Karina Longworth's Old Hollywood podcast "You Must Remember This." Listed in order of first episode it's…

TCM Summer Under the Stars 2020

It's time for Summer Under the Stars on TCM! My favorite month of programming. Each day is dedicated to a…

This is a list of feature films originally released and/or distributed by Metro-Goldwyn-Mayer (to include MGM/UA Entertainment Co., MGM/UA Communications…

Journalists in the movies

A long time ago, when I wanted to become a journalist, I wrote a paper about journalists in movies. First,…

Good Movies With Less Than 400 Views