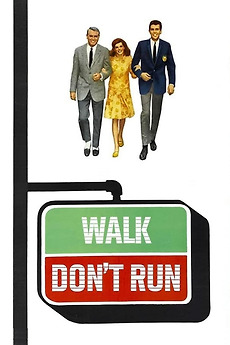 During the '64 Olympics in Tokyo, Sir William "Bill" Rutland is visiting strictly for business but has no place to stay after his hotel reservation is screwed up. Everything's booked solid because of the Olympics. He sees a note posted in English, "Roommate wanted." He answers the ad, and finds a tiny two-room traditional Japanese apartment (sliding screens, tatami mats) inhabited by a British woman, an embassy worker. She gives him a cold reception because she wanted a woman roommate, but he persuades her to let him stay just a little while--and soon he's invited another man, an Olympic athlete, to share the tiny two-room sliding-screen apartment, too.