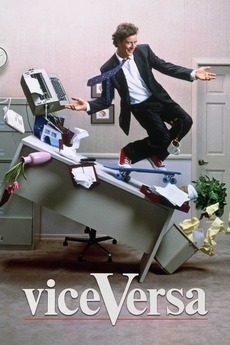 Just when he was ready for mid-life crisis, something unexpected came up. Puberty.

A mysterious oriental skull transforms a father into his son, and vice versa.