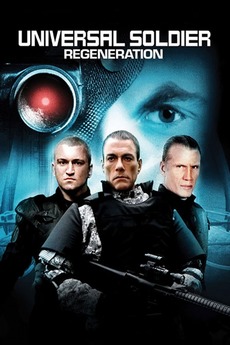 When terrorists threaten nuclear catastrophe at Chernobyl, the world's only hope is to reactivate decommissioned Universal Soldier Luc Deveraux. Rearmed and reprogrammed, Deveraux must take on his nemesis from the original Universal Soldier and a next-generation "UniSol" that seems almost unstoppable.

All the movies that look interesting to me on Tubi, the free streaming service. If a movie is no longer…

«I've seen things you people wouldn't believe ... All those moments will be lost in time, like tears in rain.»…

Movies You Should Watch (according to Watchmojo)

I'm a HUGE fan of the Watchmojo Top 10 lists about movies. I thought it'd be a great thing to…

Every film in the tigole mega folder

mutation, assimilation, modification, and the impact of technology, science, and industry on the human body and its form (with some…