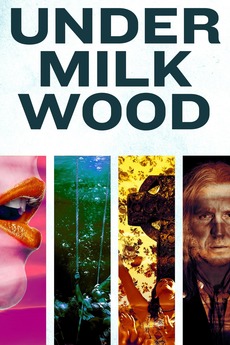 Two versions of Dylan Thomas' classic play "Under Milk Wood" were shot, with the same cast, one in Welsh, "Dan y Wenallt", and one in English. Directed by Kevin Allen, narrated by and starring Rhys Ifans, the films were shot largely in the Pembrokeshire village of Solfa during the summer of 2014. This surreal and erotic interpretation of Dylan Thomas' work is the first theatrical production of the brilliant, haunting radio play since Elizabeth Taylor and Richard Burton's 1972 film. Certain to astonish and excite in equal measures, this production reunites director Kevin Allen with actor Rhys Ifans over 15 years after the release of their cult classic "Twin Town". An ensemble Welsh speaking cast of familiar faces is led by Ifans as First Voice and Captain Cat, with Charlotte Church as Polly Garter.

Wittertainment "DVD of the Week"

not interested in films starring welsh actors. More so welsh directors or stories set in wales. theyre kinda hard to…