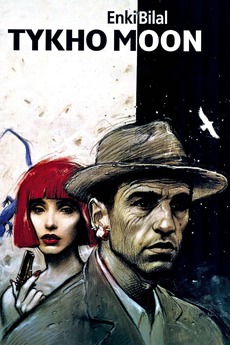 The McBee family has erected a government over a future 'colony', that looks like a run-down Paris divided into sectors by the Berlin Wall. All male family members suffer from a mysterious disease and are in urgent need of organ transplants. The perfect donor, Tykho Moon, probably has been killed in a fire, but according to rumours he's still alive. Although assassins stalk the family members, the McBees start a hunt for Tykho. Trying to escape the dragnet, Alex, a sculptor, meets Lena, a killer posing as a whore.

All science fiction movie's I've seen. I will keep adding movies. I've excluded cross-genre movies that weigh heavily on the…

A watchlist I've accumulated over the past decade on my search for hidden gems. Culled from an even longer mubi…

to watch before I die

I'm not gonna die till this bitch is empty YEET!!

2001 - A Film Odyssey through all the Ages, Countries and Genres including the Strange and the Weird, the Underrated and Unknown, the Classics and celebrated Cineastic Masterpieces plus Independent Gems all ranked from the Top to Bottom

2001 - A Film Odyssey through all the Ages, Countries and Genres including the Strange and the Weird, the Underrated…

International Academy of Horror and Science.

Non-American genre movies: action, horror, science fiction & thrillers. In no specific order. Imported from one of my lists on IMDB.…