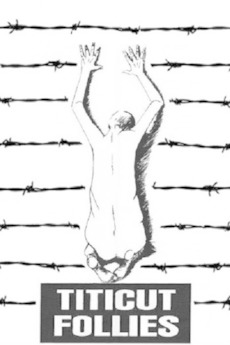 Don't turn your back on this film if you value your mind or your life.

The film is a stark and graphic portrayal of the conditions that existed at the State Prison for the Criminally Insane at Bridgewater, Massachusetts. TITICUT FOLLIES documents the various ways the inmates are treated by the guards, social workers and psychiatrists.