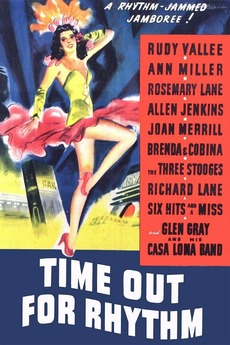 Time Out for Rhythm
JustWatch

Time Out for Rhythm

A Stage Show and Love Story Too Big for Any Stage... Only Screen could Bring Them To You!

A producer and his partner clash over two women in show business.

If brevity is the soul of wit, it can also be the heart of storytelling. In this age of TV…