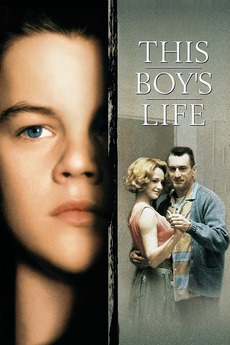 A true story based on the award-winning book by Tobias Wolff.

When a son and mother move to Seattle in hopes for a better life, the mother meets a seemingly polite man. Things go south when the man turns out to be abusive, endangering their lives. As the mother struggles to maintain hope in an impossible situation, the son has plans to escape.

Childhood Cinema and the Coming of Age Film