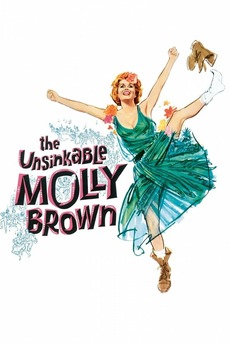 The buoyant Molly Brown has survived the first crisis of her life—a flood. Sixteen years later she sets out to make her way in the world. She assures the Leadville saloon keeper that she can sing and play the piano, and learns quickly. Soon she marries Johnny Brown, who in a few years will be able to replace the original cigar wrapper wedding ring with a replica in gold and gemstones. The Browns head for Europe and bring a few crowned heads back to Denver for a party that turns into a ballroom brawl. Molly goes to Europe alone, returning on the Titanic. She didn't survive a flood as a baby for the story to end here.

a constant work in progress. in alphabetical order, link to all the films: archive.org/details/fav-blureviews

NOT INCLUDED: documentaries, shorts, musicals on stage or music…

in chronological order by birthdate

(any suggestions are very welcome!)

In a Lonely Place: Women Writers of Classic Hollywood

+ beyond, both screenwriters and writers whose works were adapted