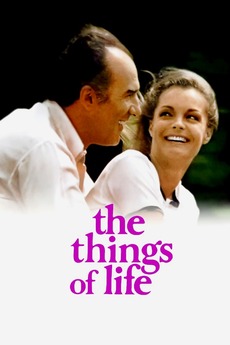 The Things of Life

The mind of Pierre Bérard, a successful middle-aged architect, is torn between his unstable present with Hélène, his younger lover, and his happy memories of the past with Catherine, his ex-wife; but his true destiny awaits him at a crossroads on his way to Rennes…