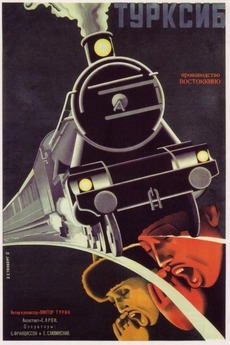 Bold and exhilarating documentary account of the building of the Turkestan-Siberian railway, presented as a heroic triumph of Soviet progress over natural adversity.

All the films mentioned by Gilles Deleuze in Cinema 1: The Movement Image and Cinema 2: The Time-Image because someone…

Gr8 list of movies that are short but aren't actually short movies, y'know?

So these are (most of) the films I've seen/wanna see that are at least 30 minutes long but at max.…

RIP Allan Fish, your film taste and writing lives on.

Every ten years, Sight & Sound conducts a poll for the greatest films of all time. For the 2012 edition, 846…

"This huge list is the result of about six months of work. I began thinking…

These Covers / Posters are pieces of Art

The films of the Oliver Leaman edited Companion Encyclopedia of Middle Eastern and North African Film.

Cinema has played a…