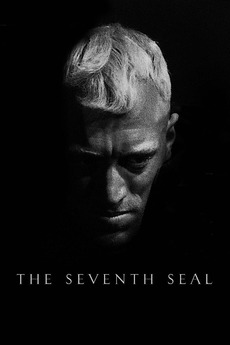 When disillusioned Swedish knight Antonius Block returns home from the Crusades to find his country in the grips of the Black Death, he challenges Death to a chess match for his life. Tormented by the belief that God does not exist, Block sets off on a journey, meeting up with traveling players Jof and his wife, Mia, and becoming determined to evade Death long enough to commit one redemptive act while he still lives.