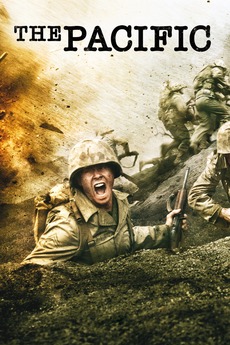 Hell was an ocean away.

Track the intertwined real-life stories of three U.S. Marines – Robert Leckie, John Basilone, and Eugene Sledge – across the vast canvas of the Pacific Theater during World War II. A companion piece to the 2001 miniseries Band of Brothers.

TV Mini-series, web series, OVA with 2 or more episodes, and long form documentaries. I excluded "O.J. Made in America"…

Or as I like to call them “Auteur Tv Shows”.  Since it’s somewhat hard to place limted-tv-series on Letterboxd, this…