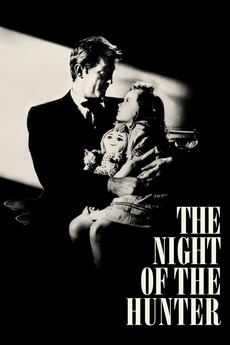 The Night of the Hunter
JustWatch

The Night of the Hunter

The wedding night, the anticipation, the kiss, the knife, BUT ABOVE ALL...THE SUSPENSE!

In the Deep South, a serial-killing preacher hunts two young children who know the whereabouts of a stash of money.