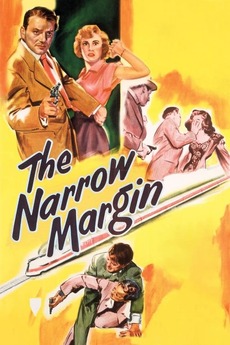 A Fortune If They Seal Her Lips!...A Bullet If They Fail!

A tough cop meets his match when he has to guard a gangster's widow on a tense train ride.