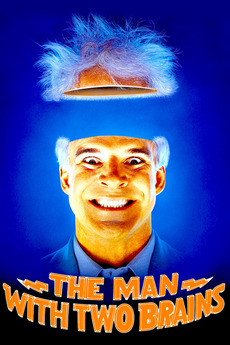 The Man with Two Brains

So funny you'll laugh your head off.

A story about a brain surgeon who tries to end his unhappy marriage to spend more time with a disembodied brain.