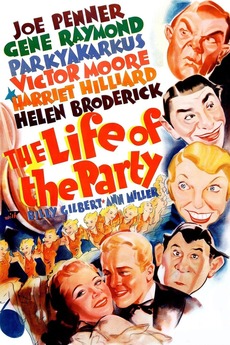 The Life of the Party
JustWatch

The Life of the Party

1937 Directed by William A. Seiter

The greatest comedy cast ever assembled for one picture!

A singer finds another heir (Gene Raymond) to marry, to avoid the one (Joe Penner) her mother found.

1937 was a fairly safe year for Hollywood with the exception of one category. Animation! Disney took the big…