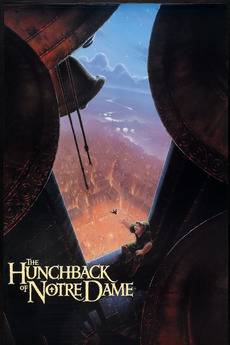 The Hunchback of Notre Dame
JustWatch

The Hunchback of Notre Dame

When Quasimodo defies the evil Frollo and ventures out to the Festival of Fools, the cruel crowd jeers him. Rescued by fellow outcast the gypsy Esmeralda, Quasi soon finds himself battling to save the people and the city he loves.