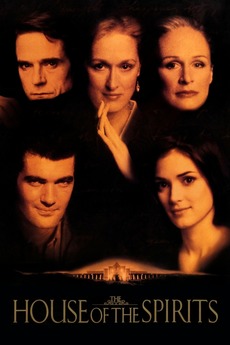 The House of the Spirits
JustWatch

The House of the Spirits

A rancher, his clairvoyant wife and their family face turbulent years in South America.

I was born for another period. That's all.

THIS HAD OSCAR BUZZ

All of the films featured on our podcast THIS HAD OSCAR BUZZ! Follow along with our schadenfreude Oscar buzz rememberings…