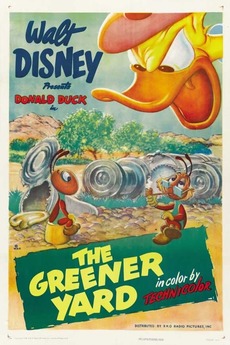 An old beetle (though he looks more like Jiminy Cricket) living next door to Donald Duck explains to his young charge why Donald's garden isn't the paradise it appears to be, by recounting his battles with Donald when he first discovered the garden, and his narrow escape assisted by a couple of birds.