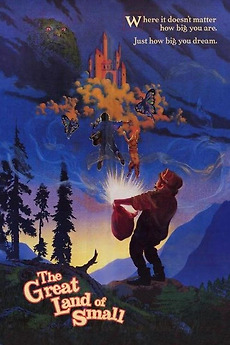 The Great Land of Small

Two children enter a fantasy kingdom and are confronted by evil forces.